By Rick Andrade – Los Angeles
As a middle market investment banker I am constantly hearing about employee horror stories when seasoned business owners call me to sell a business for top dollar. Often these clients face serious issues when new buyers come in and look to upgrade: the people, process, and technologies. So I got to thinking, and writing about the value of each employee from the standpoint of a new buyer with an upgrade choice: hire a human or a machine. Which would you choose?

So I wrote about it and published it at Vistage Village, where it is generating a lot of buzz about where CEOs stand when it comes to people vs technology.

It’s 5:00am Monday morning and you’re at the office early because today you’ll need all hands on deck. Your largest customer is expecting on-time delivery today and you hope everyone on staff shows up. But they don’t. Four label & pack clerks have the flu. It’s the third time this month. You throw up your hands, pull up your sleeves, and get packing. You recall reading an article in Automation Nation Magazine about new worker productivity machines. Hmmm… But you still love having employees, right?

Sound familiar? It seems to me that as 2014 looms on the horizon, most business owners are not only reading more articles, but also buying into options to do more with less. And that’s not good for human beings looking for work if you follow me. Why? Because Human labor is a really tough hire these days, especially as demand improves.  According to the US Labor Dept., Worker Productivity (the value of goods and services produced in a period of time, divided by the hours of labor used) has doubled in the last 40 years, and combining that with Outsourcing means employers have serious alternatives to hiring US workers to get the job done; which begs the old question anew; Are employees worth it? 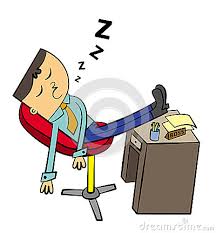 Of course part of the answer is related to how a business owner perceives the Value of an employee. As a result, I thought now was a good time to take a closer look at how we got here.

To frame the discussion, the Value of an employee is clearly both quantitative and qualitative in measure. If you ask a Wall Street Analyst the value of your employees, he or she will say that’s easy. Take your total annual sales and divide that by the number of employees you have, and Bingo! That’s the value. The higher the ratio of sales to staffer, the more valuable each employee should be to the enterprise. The lower the figure the less valuable and less productive to the enterprise each staffer is. This is called the Sales per Employee ratio (SPE), and it can vary a lot depending on your industry:

SPE is one of the most widely used performance metrics to measure the value of staffers to total revenue. For example, Wal-Mart with $450bil in annual sales as of 2012 and over 2 million employees has a $214k per staffer SPE metric, while service industry employees like those at Morgan Stanley with $34bil in sales and 57,000 employees in 2012 generates $598k in sales per staffer.  Facebook  meanwhile generates $5bil in revenues with just 4,600 employees according to filings. That’s over $1.3million per human there. From a stock market point of view, a firm with a higher SPE ratio over its competition should have a higher overall valuation, all else being equal. In fact, companies that outsource manufacturing to a lower cost domicile (think China and India) can also increase its SPE ratio, and hence market value for shareholders. Take a look at this table and see if you can spot a pattern:

Of course these figures can be misleading and don’t illuminate the full picture. But in general with the exception of Exxon Mobil, higher SPEs come from higher technology companies’ output. These companies are very productive at what they do. But even in manufacturing, higher technology often translates into doing more with less. Take auto manufacturing. In 1993, GM generated $110bil in US auto sales with 448k employees which equals a $245k SPE.  Today GM sales are $153bil with 213k staffers resulting in a $717k SPE, almost 3 times the value per worker as compared to 20 years ago. So how did GM nearly triple its worker productivity in the US? One word: Robots.

Productivity in the US

According to the Heritage Foundation and US labor statistics, Worker Productivity in the US has doubled since 1973. That’s a 100% increase in 40 years. Consequently, one employee today can now do the work of 2 staffers 40 years ago. While this massive productivity wave continues to spread across all business sectors in the economy it technically suggests American businesses only need one-half the workers to produce similar goods and services. Along the way this tends to wipe out unskilled labor in the wake, and can turn many full-timers into part-timers.  In fact, the NY Times reported 70% of jobs created through June 2013 are indeed part time. As employers seek increasingly higher skilled human beings this trend further decreases the US Labor Force Participation Rate (those working and looking for work), which stands at a record low 63% in August 2013, down from 66% in 1993 according to the Bureau of Labor Statistics. Part of the reason for the decline is the growing number of unskilled or mis-skilled workers who can’t find work. And this gap is a problem.

But let’s be fair. If as an employer you had the choice between human or machine, which should come out on top? That’s easy, right? Grab a pencil and try it. Make a quick list, 2-columns: Reasons to Hire, Reasons Not to Hire. Click on my list:

Now ask yourself, given the choice man or machine, which is better?

In other words as the cost of finding and hiring and training and managing a human being on the planet in any “for-profit” business increases, why would an employer in a competitive market be compelled to do it? In a free market they wouldn’t. But is the pendulum of technology swinging past its own purpose? Some anti-free-market socialists might argue there should be a regulatory obligation by employers of ‘size and capability’ to hire and maintain a specific number of staff? They cite that in 1973 S&P 500 earnings per share (EPS) was $40, as of mid-year 2013 S&P EPS is nearing $90. And while even in times with very little top line revenue growth, S&P 500 companies continue their climb by cost cutting and productivity increases. So where does this end, The Matrix? As the landscape changes and our economy becomes one driven more by ‘knowledge workers,’ fewer and fewer are needed. Hence the gap between man and machine could threaten the entire US economy where 70% of US GDP is driven by consumers spending their hard earned cash one job at a time.

So are employees still worth it? If you’re an employer in the U.S. it’s your choice; hire a human and take the plunge, or instead hire a tireless metal monster or digital demon and add to our nation’s increasing Productivity rate. That is, a technology pendulum that I estimate could feasibly replace as much as 30% of the remaining U.S. workforce by automating or outsourcing jobs in the next 20 years.

So whether or not the value of your employees is measured in sales or service or love of human interaction, each business owner will continue to face the difficult choice of man or machine as an individual decision. But if nothing is done to ebb the flow of automation without a concern for the human part of the equation, we may all accidentally find ourselves online buying that fancy new can-opener robot on sale that also cleans windows, walks the dog, and does our taxes. Think about how much money that could save your old employees, once they find a new job.

About the author: Rick Andrade is an investment banker and finance writer in Los Angeles helping CEOs buy, sell and finance middle market companies. Rick has earned his BA and MBA from UCLA along with his Series 7, 63 & 79 FINRA securities licenses. He is also a Real Estate Broker, a volunteer SBA/SCORE instructor, and blogs at www.RickAndrade.com on issues important to middle market business owners. He can be reached at rickandrade@earthlink.net. This article should not be considered in anyway an offer to buy or sell a security.  This is for informational purposes only.